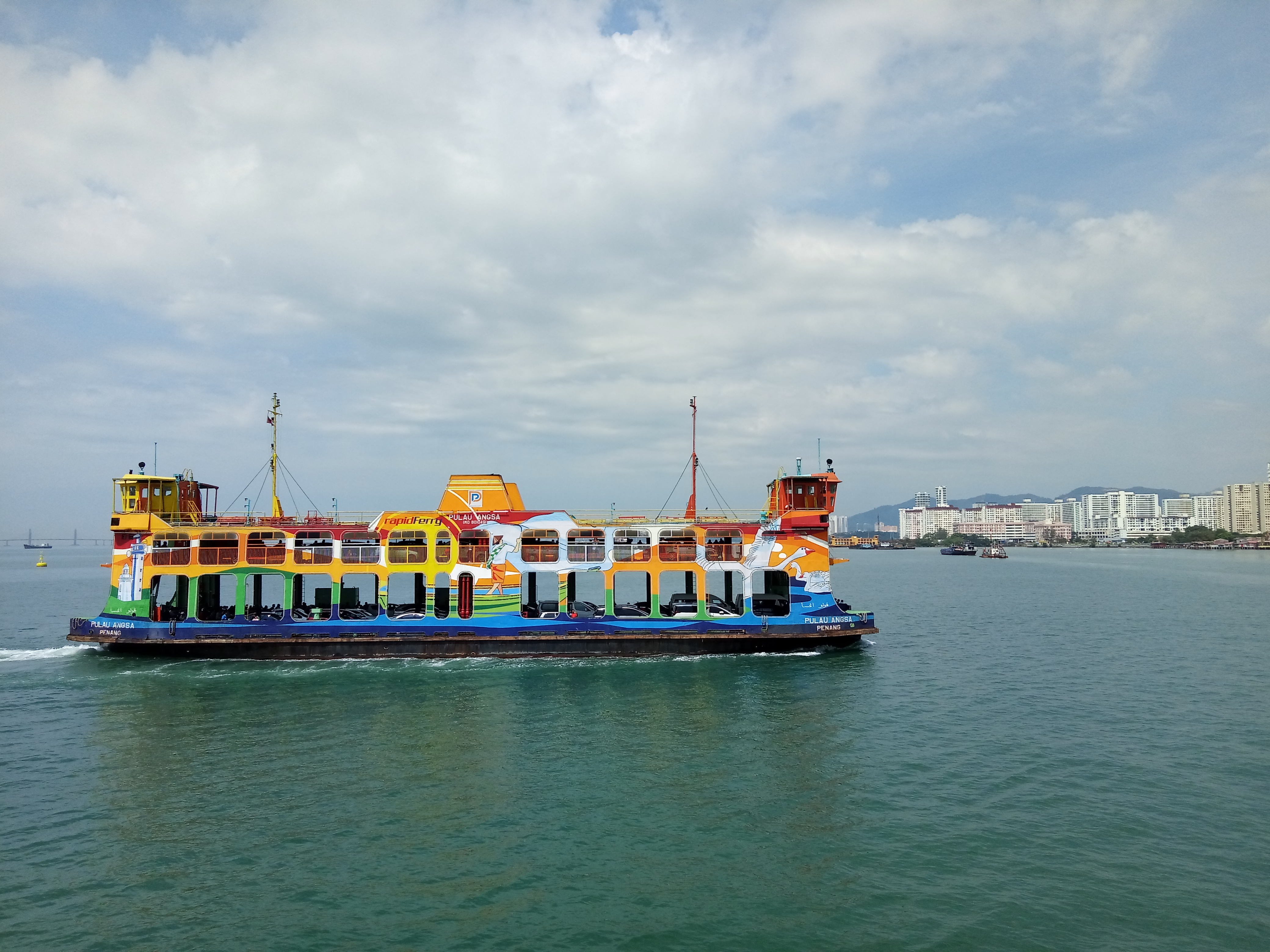 For those who appreciate a change in tempo, Butterworth is just the idyllic spot for a quick getaway. Locally known as Bagan, it was once a busy port transporting a narrow hinterland annexed to the British by the Kedah Sultan during British rule, and remained as part of the Penang state ever since. This almost forgotten part of Penang holds a breadth of sights that could very well be an alternative to George Town if you are one who enjoys being away from the crowd.

The best way to get to Butterworth is by ferry. Not only you get a breezy experience of a 15-minute ferry ride that has long plied the strait, but once you dock, it’s the nearest to Jalan Jeti Lama – where the foundation for the town was first laid more than 150 years ago.

Jalan Jeti Lama was revived through an urban regeneration programme known as Butterworth Baru Plan. Helmed by ThinkCity Sdn Bhd and Seberang Perai Municipal Council, the programme aims to improve accessibility with numerous creative efforts to bring crowd back to Butterworth and to revive local economy. 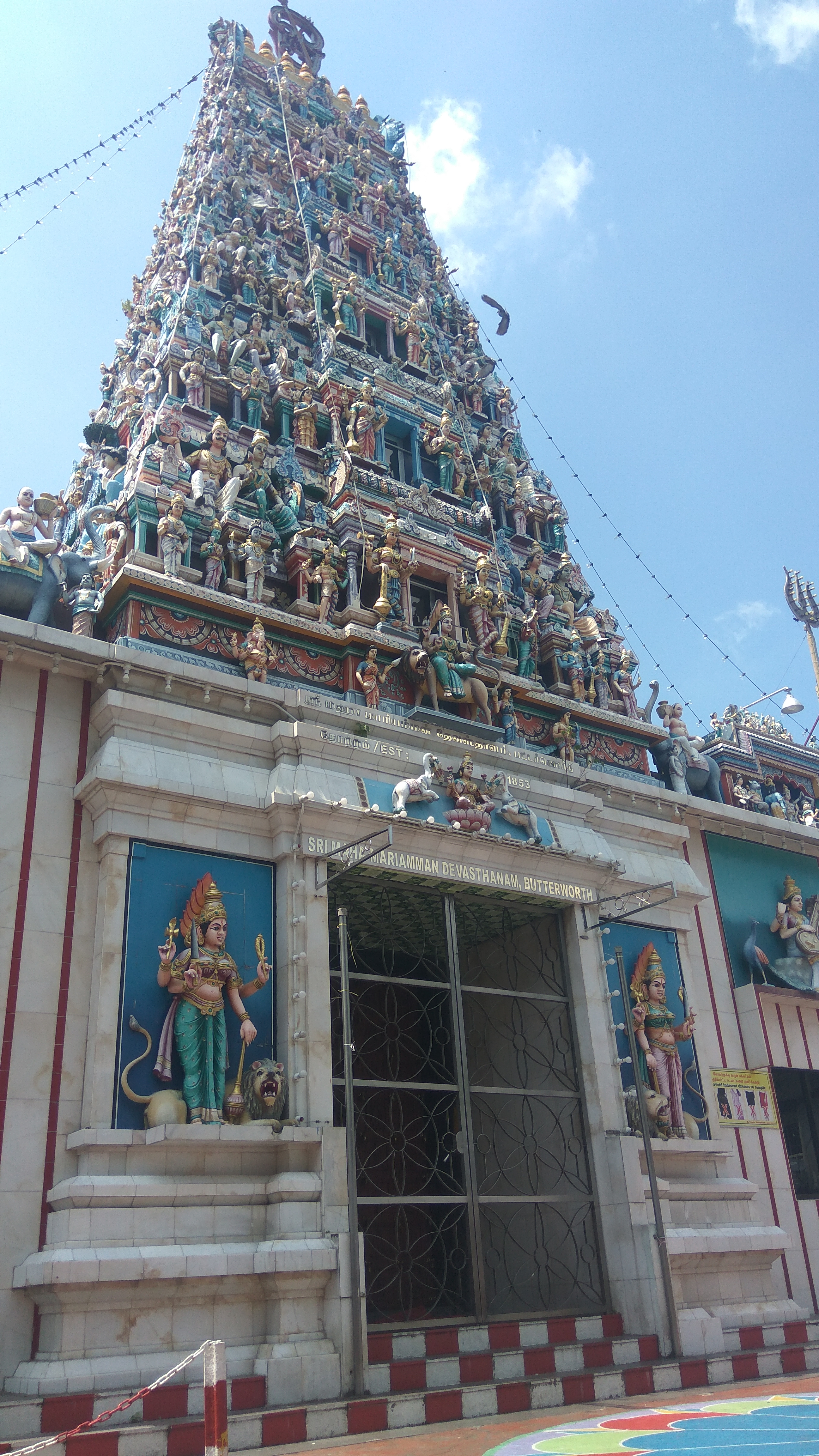 Visitors can take a walking tour along Jalan Jeti Lama to discover the old town and its heritage sites. One of the must visit is the Sree Maha Mariamman Temple. With its majestic gopuram (tall entrance tower) and colourful exterior, the temple greets visitors as they make their way deeper into the road. 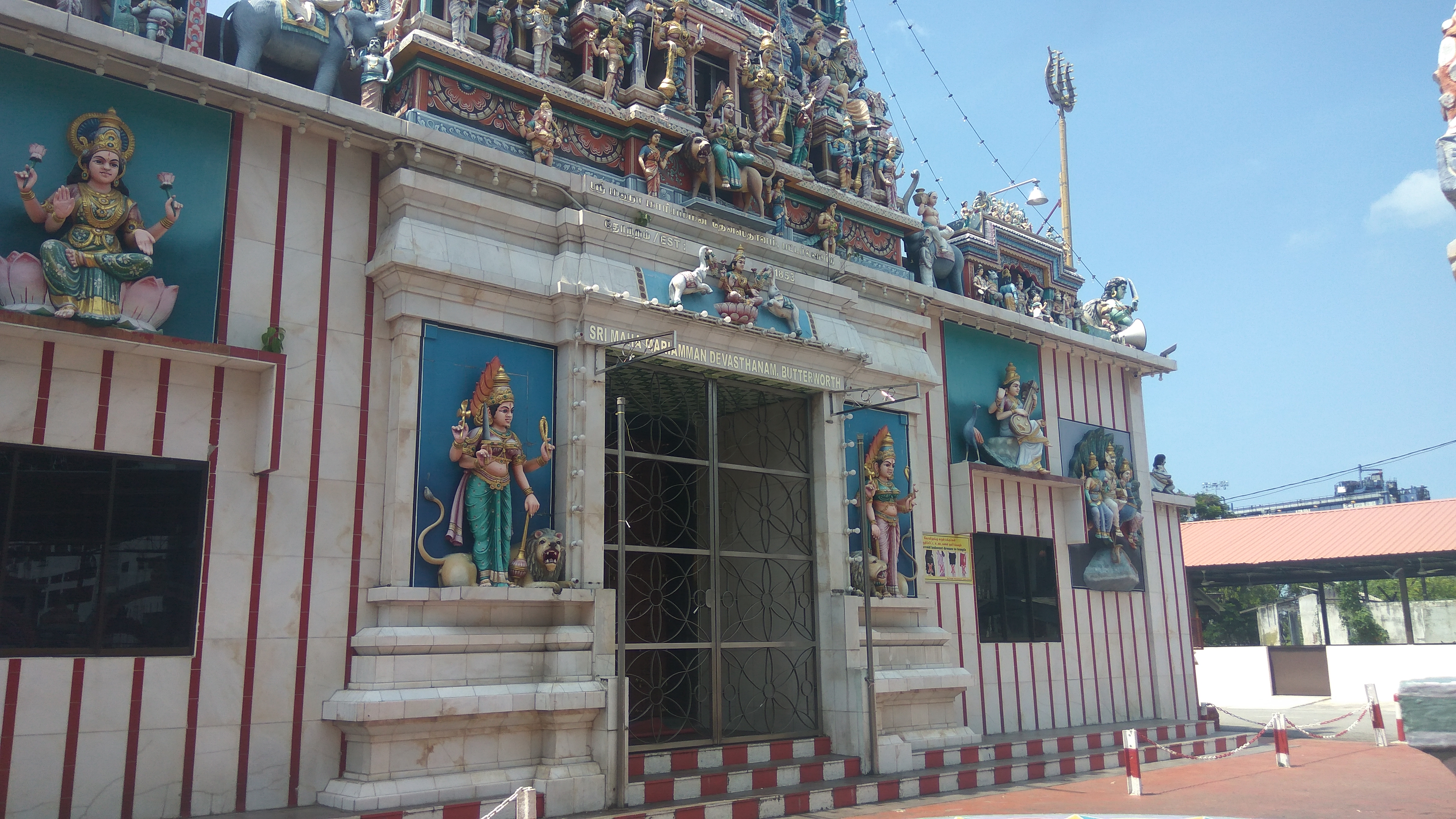 The temple serves as a place of worship for the South Indian community in this area especially those living close to temple’s vicinity, mainly from Kampung Benggali. The Hindus were once involved in port activities and they would come to the temple and make offerings to the mother deity Amman – the Hindu goddess of rain. It provided solace for workers who were away from their family in India. Do note that the temple generally closes after noon and reopens at 5.30pm. 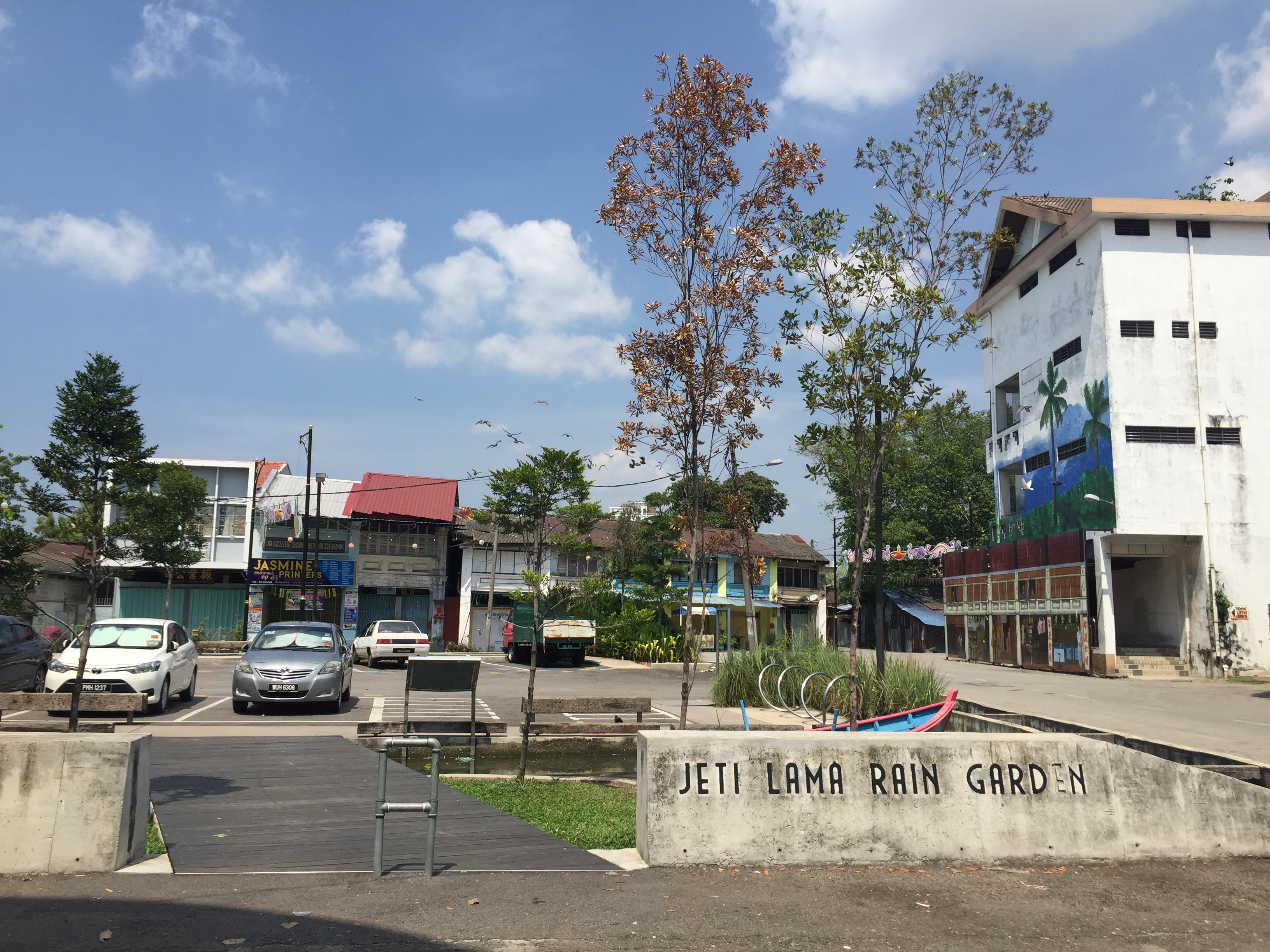 The plain tarmac that once decorated the front of the temple has now been transformed into a fully functional parking lot. Incorporated into a car park, a pocket garden was also built. As part of ThinkCity’s Pekan Lama Regeneration Plan initiative, the garden - Jeti Lama Rain Garden consists of a raised stage, a pond-filled water plants, benches and lights. One of its kind, the park also includes one interesting feature - a water pump that can be utilized as an interactive children’s water play.

Set to bring back vibrancy and life, the garden space would also double as venue for events especially during the annual, free-to-attend Butterworth Fringe Festival. 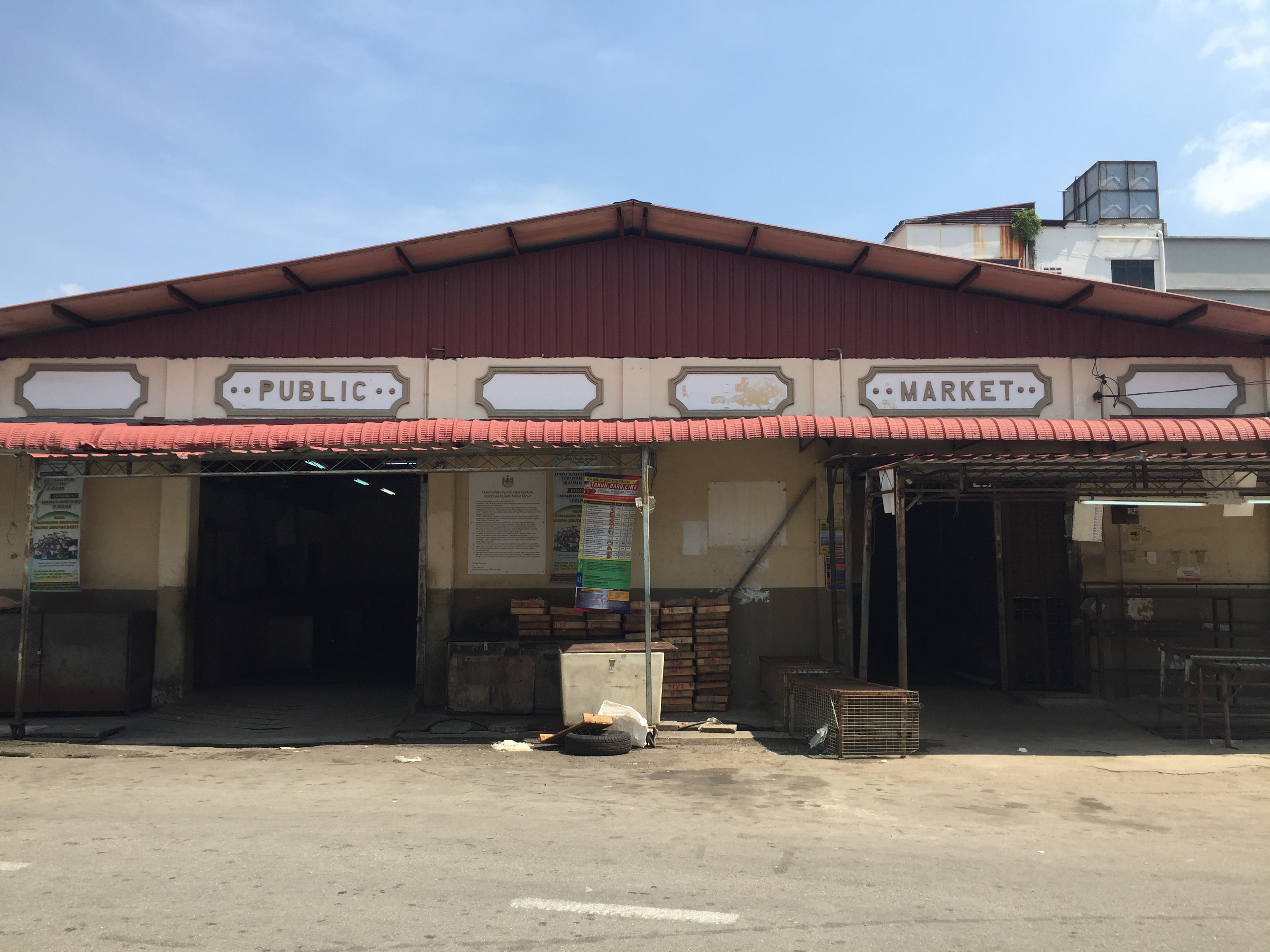 From the Rain Garden, visitors can walk across a timber deck to the nearby Jeti Lama Market. The market started out as a collection of stalls before a building was constructed in 1928. The traders that span over three generations involved in selling fishing equipment, sundry items and a number of vegetable and fish wholesalers. It stays open round the clock as the stalls have different opening hours starting as early as 3am in the morning and went on as late as 11 at night.

Beyond the public market, rows of abandoned but picturesque terrace of pre-war shophouses await photographers as well as historical enthusiasts.

It is certainly worth the time to pay a visit to Jalan Jeti Lama as it’s now transcending the mundane and numerous efforts are being made to shine lights on Butterworth’s colourful past.